Here is installment #1 of a multi-part blog/diary of our 2012 European tour. This covers days one and two. – Nate 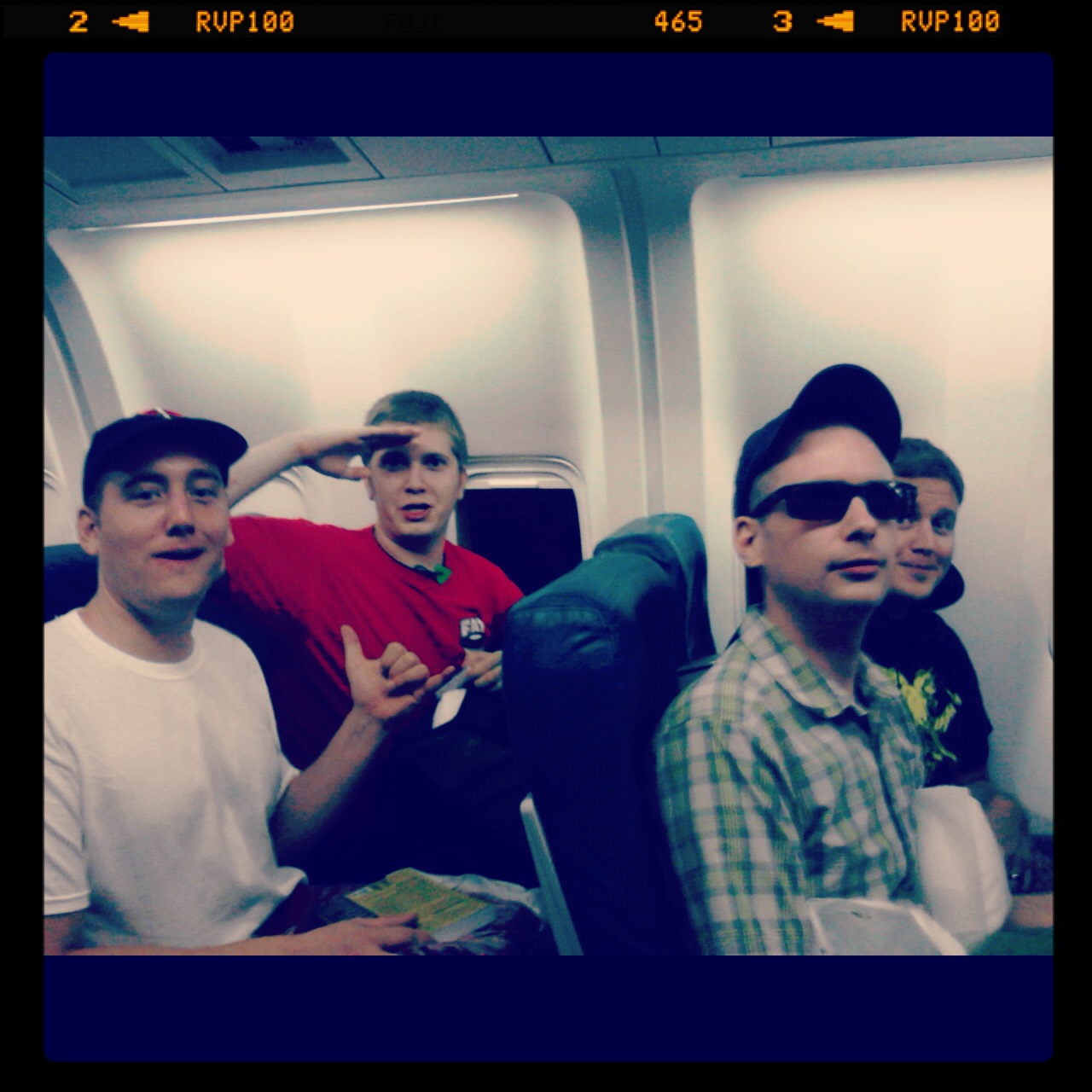 In the spring of 2010 a volcano with the catchy name Eyjafjallajokull erupted in Iceland, spewing a gigantic ash cloud across Europe and disrupting the travel plans of countless people, including us, hoping to fly from Minneapolis to Paris to begin a tour. The entire tour was in doubt right up until the day of our flight, when officials in charge shrugged and said, “Well, the cloud is still here, and is possibly dangerous, but since we’re losing money… eh, screw it” (in so many words). Our Minneapolis to London flight was OK’d that afternoon, but I still remember pacing around an airport bar, drinking (distressingly expensive) coronas and frantically calling representatives at Air France to make sure our connecting flight from London to Paris was not cancelled. Our flight to Europe in August 2012, for our second European tour, had no similarities other than the ‘drinking coronas at an airport bar’ part. No volcanos, no iffy flights, no confusion. It was nice. We had a few beers and one $17 gin and tonic and boarded our plane, excited to return to the land where you can get flaky, delicious croissants at random gas stations. (There are other cool things about Europe, too)

The flight itself was uneventful. Earlier in the week I had read an article about jet lag that said wearing sunglasses the night you leave — at the airport and on the plane — and through the day you arrive, helped to diminish the effects. I wasn’t sure if this theory had any merit or if it bore a closer resemblance to sketchy internet pop-up ads (‘Doctors HATE him… learn his weight loss secret’), but jet lag can suck and I figured it couldn’t hurt to try. The downside was that wearing shades indoors at night probably made me look like a bit of a prick, but the upside was that it was easier to pass out. I got weird, scattered sleep (twenty minutes here, five there, totaling to a couple hours), but it was better than zero sleep. Along with it came bizarre dreams: I was in the Triple Rock with Joe (our roadie for the tour) and he pointed up at a chalkboard and said, “Dude, Brorrosion of Conformity is playing soon, it’s going to rule. It’s bros playing Corrosion of Conformity covers.” Brilliant idea. Someone should do that, stat. 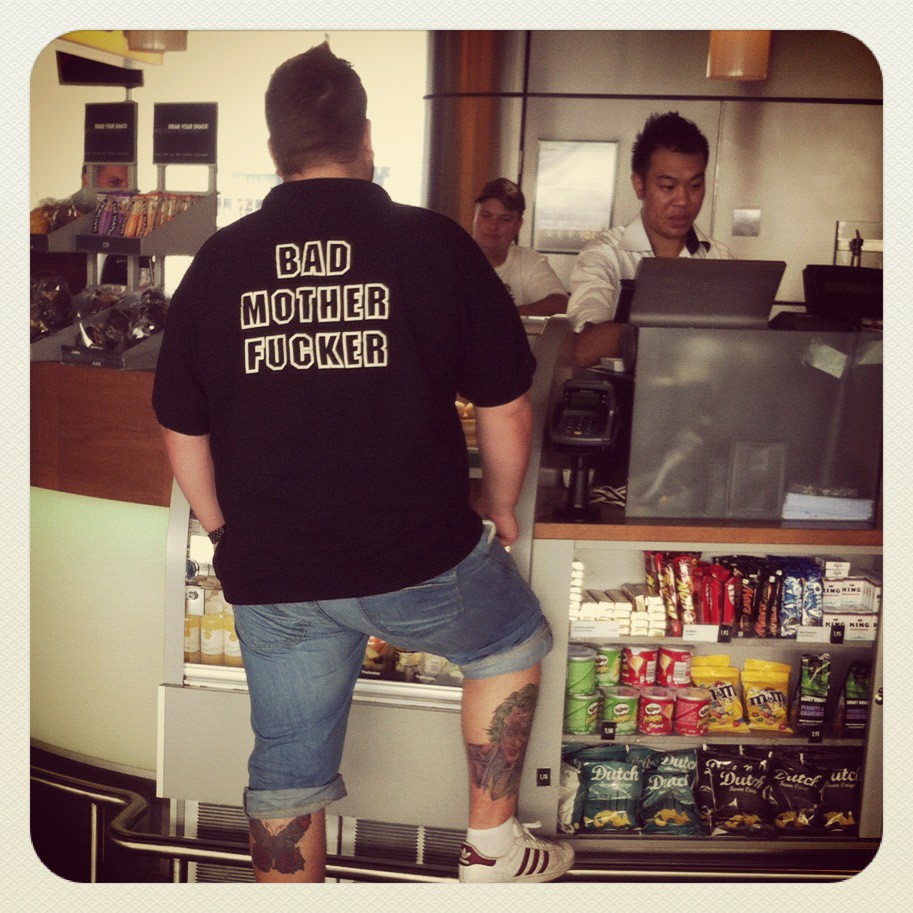 After a couple of hazy hours in the Amsterdam airport, mostly spent sleeping on the floor, we boarded another quick flight. The only thing I remember about it is that Danny said, “Water is awesome”, in some context, and one of the flight attendants overheard him, laughed, and said, “Water is awesome? You’re going to love this flight, then!” But the thing was, their water wasn’t anything special.  Well, it was OK, I suppose. Anyway, soon enough were at the Dusseldorf airport, ready to start the tour. First guy I saw was the fellow in the photo there. Awesome.

Knowing that we would be at least somewhat jet lagged, we had wisely set up the tour so we did NOT have a show on the first day. On the 2010 tour, this worked great. We got to Paris, had dinner, Nick and Corey crashed, Danny and I walked around to a few bars, and all of us were asleep by 11pm, refreshed and ready to start playing shows the next day. It didn’t quite work out that way in Germany. Our host, Marius (we would learn later his friends call him Warius after a certain level of drinking gets met; I never really saw this, but it’s a great nickname. Go look up the Wario wiki page if you don’t get it) got us at the airport and brought us directly to a liquor store. If you are a fan of beer, and are a giddy person, this was the kind of building that would cause you to run around, occasionally leaping into the air and clicking your heels. Like so:

I’m not much of a beer drinker, but I could appreciate the options stacked up around us. So many! So unique, compared to America at least! All of us picked an assortment of beers more or less randomly, based on how cool the bottle looked and how badass the name sounded. “This is called KrakenBasher and looks like like the kind of beer an old-timey king would drink!”; that sort of thing. Outside, Marius appraised our choices. Some were good, others caused him to grin and shake his head: “That’s shitty.” I realized this whole scene was probably similar to bringing a European to Minneapolis and watching them emerge from a liquor store asking, “Is this good? This is good, right?” as they hold up a 12 pack of Natural Ice. The difference between America and Germany, though, was that here in Germany we were able to hang out and drink in the liquor store parking lot and no one shooed us away or tried to handcuff us or what not. We were politely enjoying a couple beers, and it wasn’t a big deal; society wasn’t shattering around us. Why can’t we do this in America? (I don’t mean, like, “God, it is SO hard not to crack open a beer immediately upon purchasing it, this is so unfair, blah blah”, I just mean that it doesn’t seem like allowing it harms anything). I suppose, though, that the reason is because no sane politician is going to assume this issue as a rallying cry. Can you picture some guy in a suit climbing on top of a soapbox and yelling to a crowd, “The path ahead is not short, it is not smooth, and it is not easy, but it will be lit by the fires of our desire to come together and accomplish what we have dreamed of for so long: the ability to drink beer in parking lots!”? Not so much.

At any rate, it was super fun. It was early enough in the tour where the, “Man, we’re in Europe right now!” realization would hit you, plus given that we were all a bit sleep deprived and stoked to be off the plane, the beers had a stronger effect. My rough calculation (which I came up with years ago when I arrived in New Orleans at 7am after sitting in a van all night, and then going straight to a bar) is: 1 beer = Missed hours of sleep x .5.

So I normally get 6 hours of sleep, but I missed 4 hours of sleep, that multiplied by .5 equals 2. Each 1 beer is like 2 beers. This is a rough calculation and is missing many elements. Mainly, this is not necessarily a good thing. It’s not, “Well, I missed all 8 hours of sleep, so drinking one beer is like four… I’m saving money and there are absolutely no side effects!” But it was still noticeable. Actually, now that I look at it, there are deeper problems with the equation. If you only missed 1 hour of sleep, it’s as if the beer is less effective, which isn’t true. Heck, if you missed zero hours of sleep, it indicates that beer simply doesn’t effect you, which is ludicrous. So, uh, consider it a work in progress.

After one beer, which truly did feel like two, we headed to Marius’s house in Monchangladbach (where the show would be the next day). We had some truly awesome homemade lasagna and then, resisting the temptation to take it easy and go to bed early as we did in 2010, went across the street to his friends’ apartment. There were a bunch of people hanging out, including some kids from America who were in the army and stationed in Germany. We had a few drinks and talked while the Lawrence Arms DVD played in the background and then we made our way to a local bar. German beer can be — what’s the word? — strong, and even stronger when you haven’t been sleeping (see the flawed equation above), a situation which lead to Joe having what looked remarkably like a beer stain tie within an hour of arriving at the bar, and losing his wallet on the first night of tour. (He got it back the next day, luckily, but it still had to be weird for his mom, who got a call from the person who found it…. your kid goes to Europe and about twenty hours later you’re getting calls from German strangers who have his wallet!) 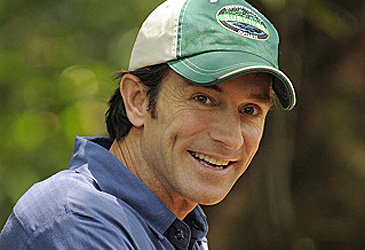 Overall, we weren’t getting that bombed or anything, just enjoying the feeling of being in Europe and hanging out with new friends without the “We have to play a show in a couple hours” restriction hanging over our heads. I learned a little about Monchengladbach, and we all learned a few German phrases, chief among them, “Prost!”, which is basically “cheers!”. I kept getting it wrong and saying, “Probst!”, as if I was in some weird cult that required me to raise my glass in honor of Survivor host Jeff Probst at random intervals. I was a bit stunned we stayed up past 4am, given that last time we came to Europe we had all been crashed out before midnight. But this was a good thing! We had a great, fun night and were pumped to get to play what was clearly an excellent city the next day. -Nate