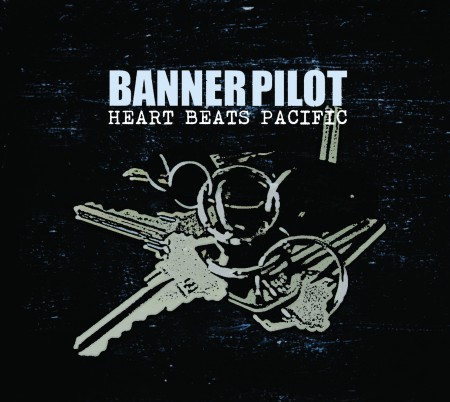 As you should already know (unless you haven’t been keeping up with Banner Pilot news, in which case, shame on you; start becoming an informed citizen), our third full length album Heart Beats Pacific is being released by Fat Wreck Chords this October 25th. You can preorder it now at various places like Interpunk, Shopradiocast, Amazon, hell, even Best Buy’s “Classical Music” Store. So please, go order it from one of those places.

You’re probably asking, “Waitaminute, slick. What if it sucks? Then I’ll have wasted my money and have an album I hate. Are you trying to pull a fast one?” Of course not! And tell you what, you can even check out the first song on the record right here at Alternative Press to see if you like it. See? No risk.

Cool. In other news, Riot Fest (Red Bull Riot Fest, to be exact) was a great time. We had a fun show and it was really cool too see All play and meet those guys afterwards. I got a cut on my index finger right before we played and had to utilize my middle finger for the majority of the bass lines. It felt a little like I was flicking the crowd off, but I assure you that was not my intent.

Later this week is our first Minneapolis show in awhile. It’s at the 331 Club as part of the premiere for a new film called The Other F Word. It sounds pretty interesting and you can read more about it here. The show is this Saturday— the film is at 7pm at the Ritz; the show starts at 10pm at the 331.

After that is our tour with Dead to Me to Fest 10; see the Shows page for more info. And once we’re back, we’ll be doing an album release show November 5th at the Turf Club.

Basically, the next month is jam-packed with awesomeness.