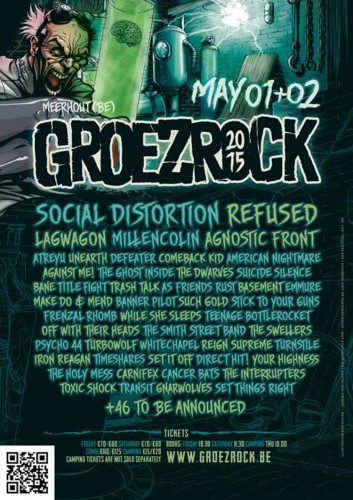 I’m not sure how to double check, but it wouldn’t surprise me if December is National T-Shirt Month. Just in case it is, we’d like to celebrate with a limited time shirt sale over at our Storevny Page! In fact it’s not just shirts– ALL merch is 25% off if you use the code “BP2014.” If that wasn’t enough, we also have two copies of the Fat Music For Fest People comp and 10 koozies that we’ll throw in to random orders. Nice! What do you have to lose, other than money you may have worked hard to accumulate? Nothing! Go check it out now— it’s for a limited time only.

In other news, we are heading back to Europe in the spring of 2015 and we couldn’t be more excited. We’ve already announced Groezrock and Uncle M Fest, and will be announcing the rest of the tour soon. It’ll have some of our favorite spots as well as some countries we haven’t played in before. Check our website and/or Facebook page for additional show announcements.

We’re also stoked that Jeff Matika will be joining us on guitar for this tour! Jeff’s a great dude and is currently the touring guitarist for Green Day. Pretty sure he’ll be able to handle a Banner Pilot show. Welcome aboard, Jeff!

Look for more show announcements and other stuff soon!

Thanks a ton to everyone who contacted us about playing guitar. The response was great; way more people than we expected. If we’re interested in doing an “audition” (I can’t think of a better way to put that…. “Jam Session”? There, that’s better) with you, expect to hear from us soon (if you haven’t already). For everyone else, thanks a bunch for expressing interest, and best of luck with your own musical projects! (Some of them sounded super cool!)

We actually had our first two auditions/tryouts/jamz earlier this week, and have a few more coming up soon. Cool!

Unrelated (well, kind of related as I suppose we need to find a guitar player in order to do this), we are playing Pre Fest again this year! (As well as “normal” Fest) It was really, really fun last year. I mean, I knew it would fall somewhere under the umbrella of being “fun” but it was a lot cooler than I expected. So don’t sleep on it this year! More info at their site.

Note: this is old news (well, 3 weeks old or so) and I just forgot to post it here when I posted it on Facebook. So, here it is!

We have some crummy news to share— Corey has decided to leave Banner Pilot, and played his final show with us last weekend. It’s been awesome to have him as part of the band for the last few years, and we’re bummed to see him go. Luckily, it’s just because he has other cool stuff going on in his life right now, and not for a bad reason like him being adamant about moving the band in a ska direction.

Luckily for all of you, you can still check him out in his other band, The Manix, and we recommend you do so.

So, what does this mean for the other three sad sacks in Banner Pilot? Well, it means we need a new guitar player! If you’re interested, shoot an email over to bannerpilot@gmail.com. Here is the criteria:

Being down for touring, driving a van, etc are also important, but those are the three big ones. Beyond those things, we’re open— for example, don’t feel like you have to have a gruff voice or whatever.

We’re kinda just looking for a live / touring guitarist for now, but if it really works out (and you want to, obviously) it could become a songwriting / recording thing, too. 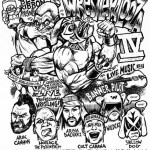 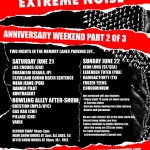