Well, it’s some random day of the month, so you know what that means: a Banner Pilot Album Three Songwriting Update!

Let’s recap. When I posted the last update we had 6 or 7 songs. We’ve scrapped a couple of those since then and added a few more. Most of these new ones have been in the last three weeks; in other words, you could say that we’re on fire. Well, maybe not “fire”. Maybe “a roll”. Or “a tentatively encouraging pace.” Yeah. Nice.

Granted, most of these new ones aren’t sure things, and in some cases we don’t even have vocal melodies sorted out yet. But they *feel* like they have a good chance of working out, unlike the vast majority of Rough Ideas we have, where the feeling is closer to, “Eh, well maybe this might be OK at some point, possibly.” You can just tell sometimes. The sketchy ones are similar to a Bad Job Interview…. halfway into it you have a bad feeling, and while there’s a tiny chance you could turn things around, it’s pretty clear you’re screwed. At a certain point, further investment of time is pointless and it’s better to stand up and say, “You and your battery charger factory can go shove it, mister.” And then you walk up the street and start fresh somewhere else. Like a Jamba Juice.

That’s what we did recently: abandoned song ideas that were, upon further inspection, probably futile. And there were a LOT of these. I mean, as recently as two weeks ago we had tons and tons of rough ideas and random riffs and stitched together chord progressions, most of which were sad and unfinished and directionless. Looking now in my iTunes folder, I count 203 demo files. Granted, there are duplicates, but still: it’s SEVEN POINT TWO HOURS of mostly crappy demos. Most of them are just rough ideas I came up with in Garage Band, some are recordings of the live band at the practice space, some have vocals, some don’t. Most of it is no good, and again: 203 files, SEVEN HOURS.

Having this crushing volume of ideas floating around turned out to be counterproductive. “What should I work on? Something in the “LP3 – September Best” folder, or maybe ‘LP3 – Older Crap Heap’? Didn’t ‘Spanish Reds – Alt Vocals Sept 2’ have a cool part? Wait, was ‘Wimpy Riff’ the track I wanted, or was it ‘Chorus Idea – Track 7 (2)”?”

Total confusion. So we went through basically every file we had a couple weeks ago and ruthlessly discarded 99% of them. Now it’s way easier to tell where we’re at, and to focus on the songs that actually have a chance of seeing the light of day. Before it was “7 pretty good songs and 40+ ideas that have cool parts here and there that maybe we can combine stuff from and blah blah”; now it’s “these 10 songs have the best chance of working out, and these other 4 have some cool parts. The end.” WAY easier. The end result will be an album that’s much better than if we were just like, “Screw it, the 12 songs that are closest to being done, boom, there’s our album.”

So there you go. There’s the update. Next time: a discussion on song tempos! Whoo hoo!

Here’s an interview with a Belgian fanzine called Rock Metal Punk. Check it out at their site, or below.

‘We actually don’t have a tour bus. Maybe if someone out there gives us a tour bus, we’ll tour more. If anyone has a tour bus they don’t want, shoot us an email’, says Nate from Banner Pilot as he answers our related Groezrock questions.

Banner pilot celebrates his 5th birthday this year. How do you look back on the previous years?
Nate: ‘It’s been really fun! I feel like we’ve gotten better as we’ve gone along, too, which is better than the opposite trajectory. And we will last as long as it’s still fun, and we don’t suck, or at least aren’t aware that we suck. Hopefully that’ll be awhile!’

The volcano made it hard for a lot of bands to get here. But you made it. I heard you’ve made a song about it. Do you intend to put it out on your next record?
Nate: ‘Heh, that was just a joke I made before we left. But yeah, maybe we should do that, now that we’re back. I don’t think there’s enough songs where the band taunts a volcano. I mean, probably a couple dozen, but the world could use more.’

You first studio album came out in 2008. The second was already there in 2009. Can we expect a third one later this year, or are you planning on taking more time for it?
Nate: ‘Well, that’s sort of misleading because Resignation Day got delayed for a long time. It was recorded in September 2007 and Collapser in April 2009. So, at that rate we’ll hopefully record a new album early in 2011. That seems about right. We already have a handful of new songs that I think are pretty good.’

Collapser was released on September first, 2009. It’s your first record on Fat Wreck Chords. A label that houses lots of great punk rock bands. Do feel like real punk rockers?
Nate: ‘Hmm, I guess I’m not sure what a ‘real punk rocker’ is. When I hear that phrase I think of Mohawks and bullet belts and stuff, and we don’t really fit into that. I’ve been meaning to get a bullet belt, but nothing yet. So, I guess I’m not sure. I think the two bands I grew up on as a kid that stuck with me were Jawbreaker andScreeching Weasel. I mean, I also listened to Dead Kennedys and what not but in the long run I don’t think that had as much of an effect on me. But aside from that, I can say that Fat Wreck Chords is a fucking great label and it’s really cool to be on the same label as so many awesome bands.’

Belgian fans of Banner Pilot will be really happy to see the band perform on the biggest Punk festival of the country. As this is your first visit to this festival, what are your expectations?’
Nate: ‘I didn’t know what to expect exactly, but I had an amazing time. Huge field, tons of wasted people stumbling around, and great bands! What would you want more?’

You’ll be in Europe through April and May, and then fly back to America to have some concerts on the west coast. Are you ever home? Or did home change in your tourbus?
Nate: ‘Oh yeah, we’re home more often than we’re not. We tour maybe, i dunno, 4-6 weeks a year? A lot less than a lot of bands. And we actually don’t have a tour bus. Maybe if someone out there gives us a tour bus, we’ll tour more. If anyone has a tour bus they don’t want, shoot us an email.’ 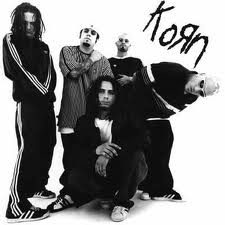 (Look for a few dozen of these in the months to come. They will probably be boring and inane one-by-one, but could be cool as a whole months from now when the record is almost done. Maybe? Maybe!)

Starting to make decent progress on things. Right now, here is where we are at: I have about 40 song ideas on my computer. The vast majority of these are garbage; stitched together chord progressions and random guitar noodling that tries, unsuccessfully, to hit on a good vocal melody idea. But! About 8 or 9 of them seem potentially good enough to end up as keeper songs. Of these, we’ve tackled 4 or 5 as a full band, recording demo versions at the practice space.

Just in the last week, we’ve recorded two of them. ‘Spanish Reds’ and ‘Sleep it Off’. As with all of these, they’re just dummy song titles I make up on the spot when forced to name the drum-machine file. Sometimes, they stick (“Drains to the Mississippi”, “Skeleton Key”, etc), but usually not. (“Spit Out” was originally called “TV Ears Saved Our Marriage”, because that was the text of a magazine ad that happened to be opened up on the table when I named the file).

I think these two tunes will both end up on the album. Sometimes you can tell. On the last album, there were songs that immediately felt like keepers, and others (like a song we named “Blue Ribbon” because… well, take a guess at what might have been in the room when we wrote the song) are more like “I think this might be OK? I mean, maybe?”, which is a sign they’ll get scrapped later. These two, though, seem to fall in the former camp. Good sign!

Danny said the prechorus to Spanish Reds reminds him of an Andrew WK part. That seems good to me.