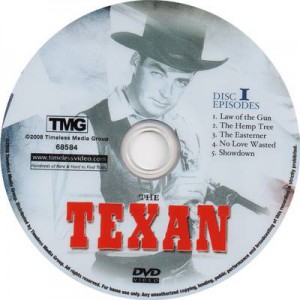 After Prairieville we had three shows in Texas with Dead to Me, all of which were great. Those dudes are all super nice and fun to hang out with, and put on a great show. It was kind of a bummer we only got to play a total of five shows with them.

San Antonio: This was the semi-weird one out of the Texas shows. Located in a strip mall, the venue had recently opened and was clearly catering to the metal scene. Called Zombies, a blood-and-guts theme dominated the painting in the various rooms, every single ‘upcoming show’ on the calendar was a metal show (I’m assuming; maybe Cannibal Slaughter is a folk band, who knows) and the majority of the songs on the jukebox featured the use of double kick drum pedals.

Not a huge deal; the staff was friendly and the handful of kids hanging out seem stoked for the show. But there was one problem: the place was huge! Like, absurdly huge! It reminded me not of any venues I’ve played at before, but of a used video game warehouse I used to work at in high school. Just insanely big.

It would certainly have a weird vibe to play for 20 people in a room that could plausibly fit 1500, especially from a large stage that was about five feet off the ground. But then Chicken had a genius idea: have the entire crowd come on stage with us! This instantly made it feel like we were playing in a packed, tiny basement that had been plopped down in the middle of an empty meatpacking warehouse. And basement-inside-of-an-empty-meatpacking-warehouse shows are some of the best.

Austin: Only an hour drive to Austin! Up to that point the tour had had surprisingly long drives, so this was a welcome change. We got stuff done with all this extra time: burritos for breakfast, car wash, laundry, and the installation of a new CD player with a line-in for iPods! This was far superior to the 1991-era tape deck we had been using up to that point. One of my favorite things to do in a van on tour is listen to the comp CDs people give you at shows, grade each song as you go, and then chuck it out the window when you’re done if it’s bad (which, usually, it is!) Previously Banner Pilot has been unable to do this, but now we’ve catapulted our way into modern times with this acquisition of CD player technology!

The show was at this cool club called Red 7 where the stage is located back in an outdoor patio area. Super fun show. Dead to Me were great and had a couple of the guys from Riverboat Gamblers join them for the last two songs.

Dallas: I have to admit, I didn’t think Dallas would be a very good show (at least three people in Austin, when I asked them what Dallas was like, responded with some variation of “It sucks!” The guy who installed our CD player thought for a second and said, “Well, there’s a lot of murders there.” Ringing endorsements!). But, it ended up actually being pretty awesome— more people than I would have guessed, enthusiastic crowd (that sounds cheezy but i don’t know how else to put it), pretty good openers. Sweet.

All in all, I had a blast in Texas.