Here is installment #2 of a multi-part blog/diary of our 2012 European tour. This covers day three. – Nate

There are many differences between traveling and touring, but the biggest one for me is how you experience a city. When you’re traveling, the entire purpose of being where you are is to go check things out, and that’s what you do: you wake up early and walk around, wandering through different neighborhoods, popping into cafes or restaurants or bars, peering or at least glancing at local architecture, seeking out anything unique the city has to offer.

When you’re touring, though, more often than not you wake up late and spend a sizable portion of your day in a van, occasionally trudging outside (perhaps observing, “Ah, my legs hurt!” as you take the first few zombie-like steps) and into a gas station to use the bathroom and get an energy bar or something, but for the most part you’re in that van and then around 4 or 5pm you get to the club you’re playing at, where you load equipment in, sound check, set-up merch, figure out what to do for dinner, and now holy crap it’s 7pm and the bands are already starting. At this point, maybe you’ll walk ten blocks around the club and back, but that’s about it–sometimes, you just stay at the club and you don’t go anywhere. You can fool yourself and think, after a six minute walk from the club and back, “Cool, I got to check out Sacramento. It has streets, and also buildings, neat,” but compared to traveling, you really don’t get to soak in cities the same way when you’re on tour.

I want to be very clear here: I’m not complaining. I’m just pointing out the differences. There are clear positives to touring too. When you’re traveling, you don’t get to play music for people every night, and you probably don’t get to meet as many strangers. When you’re playing a show, there is definitely a sense of, “Every person in this building has something in common”, and that can lead to great interactions. That doesn’t happen as often when you’re traveling, unless you’re like, “Whoa. Every person in this room has something in common. We all felt like eating vietnamese food right now.” (And then you stand up, go interrupt a couple eating and ask them, “So when did you guys get into Pho?”)

To sum up this long-winded rant in a more efficient way than the previous three paragraphs: touring and traveling are both great; they just have their own advantages and disadvantages and general differences. And usually, one of those differences is that you don’t experience a city as deeply when you’re on tour.

But: not always! The main reason it happens that way is the whole spending-hours-driving-from-city-to-city-every-day deal, but every now and then you wake up and you’re already in the city you’re playing in, so you can spend the day doing whatever you want, basically the same as if you were a traveler/tourist.

On paper, that was the case in Monchengladbach. Weeks earlier, we had realized this. “We’ll be waking up earlier, because we’ll be taking it easy and going to bed early on purpose the night before. We can take a train into Dusseldorf, walk around for a few hours, and then head back for the show. Sweet.”

When I opened my eyes at 3:30pm and saw that no one else was up yet, I realized we would not be taking any trains to Dusseldorf. Oh well. Next time.

I got up and I felt reasonably good, I guess, but in a bizarre way I had no idea what time it felt like. I knew what time it was, and I knew it didn’t feel right, but that was about it. It certainly didn’t feel like 4pm, but it also didn’t feel like 9am, which is what my body was supposedly still used to. It was some weird time that didn’t make any sense. F PM, or something. This was a bit discombobulating. Maybe food would help.

Marius set out a nice, simple breakfast and we dug in. I felt a little better. As we ate, someone called and informed us that Joe’s wallet had been found, and it would be at the club, and also that his mom said Hi. This was all good news.

We headed to the club, which was about 3 minutes away. Nice; none of us felt like walking too much further than that. We set up merch and then Heike, our driver for the tour, showed up with the van and all our equipment. (A few people asked me this when we got back: did you guys drive yourselves? Did you bring all your amps with you? No and no; we hired a driver and rented equipment. Both things were super awesome! It would have been absurdly sucky to fly with a bunch of amps; I can’t even imagine trying to negotiate that with a Delta employee or whatever; “Trust me, this cabinet will fit in the overhead bin, just let me on!” And Heike was an excellent driver, but more importantly she was just super rad and fun to hang out with. Hopefully I didn’t spoil too much by telling you all of this. I guess maybe it would have been cooler and more suspenseful to reveal that Heike is super rad later in the blog, but too late now.)

The equipment all appeared to be good. Last time we toured Europe I had a monstrous 8×10 bass cabinet inside a heavy, awkward case and it was kind of a drag to haul out every show. This time, I had requested to NOT get that again, and now had, instead, a much smaller and nicer bass amp that would still be able to keep up with the guitar amps. This was a relief to see. 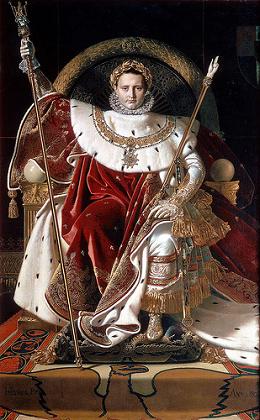 The only other specific equipment request had been by Danny, regarding his drum throne. First off, for those who don’t know, the drum throne simply refers to the thing the drummer sits on. Why do they call it a throne? I don’t know. It seems pretty weird/laughable: not only do they never look like a real throne (the kind you picture a drunk, leering king sitting on while they gnaw on a turkey leg and glare at their subjects, or court jester, or whatever), but it feels like an almost, I don’t know, pretentious word to use. It’d be like me referring to my bass guitar as a “scepter”.

At any rate, Danny’s one request was to NOT get a “banana seat” version of the throne, like he did last time. As we brought the gear in, I saw the throne. 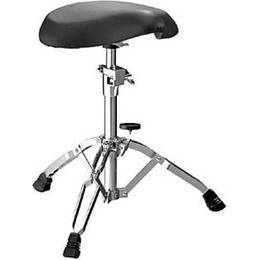 “That’s cool, looks like you didn’t get a banana seat this time, right?”

“Well, not really. That’s sort of a banana seat.”

Can’t win them all, I suppose. I just tried to find a picture of a banana seat, and found this description of “thrones” from the website Modern Drummer: “The throne is the foundation of any player’s groove.” Throne, Player, and Groove, all in one sentence! I love it.

After some excellent vegetarian chili and bread, we set up, sound checked, and people started spilling in. A lot of people from the bar the night before showed up. Almost all of them, on both nights, kept telling us this would be our best show of the entire tour. “So and so was here last month, and they said the same thing: Monchengladbach was their best show, by far. Nothing else compared.” On one hand, this was exciting; the show was apparently going to be very good– I like things that are very good! But it was also like hearing, “It’s all going to be downhill after this, guys!”

The show itself WAS great. We were definitely shaking off a little rust, but it wasn’t too bad and the crowd seemed into it. This helped to offset any first-show-sloppiness; if people are dancing and singing along and having fun (as opposed to staring at you with stony eyes and crossed arms), it’s a better vibe and a bit of looseness isn’t that big of a deal. We had a great time. Would it be the best show of the entire tour? That remained to be seen (no spoilers, don’t worry).

After the show people started feeding us green shots. They weren’t great, but they weren’t bad, and they seemed to be relatively efficient. They were a local speciality, apparently. I think they were called “Flim”. In other cities in Germany, I would ask people if they had these shots, but I always said it wrong, like “Flem”. Essentially, I’d end up asking a complete stranger at a bar, “So, do you guys do shots of phlegm here? No? Phlegm? We did them in this other city in Germany, and they were pretty good. Shots of phlegm. All green and stuff. No?”, oblivious to the blend of befuddlement/disgust/horror seeping into their faces.

After a couple rounds of flim/phlegm/whatever, we went back to Marius’s place where, among other things:

1. We passed around a few acoustic guitars and played songs. I played an MDC song, very poorly.

2. We, for some reason, ordered 7 pizzas even though only 4 or 5 people wanted any. It wasn’t terrible pizza or anything but afterwards I vowed to eat no more pizza for the rest of the tour, a pledge I’m happy to say I kept. It’s just too hard to tell if you’re getting crappy pizza ahead of time, you know?

3. We had a generally fun time hanging out listening to music, playing the aforementioned guitars, eating the aforementioned pizza, and went to bed extremely late again. Monchengladbach, a city I had never even heard of two weeks earlier, and proven itself to be one of the funnest spots in Europe we had been to thus far on either tour.

Next up: an outdoor festival in Germany!